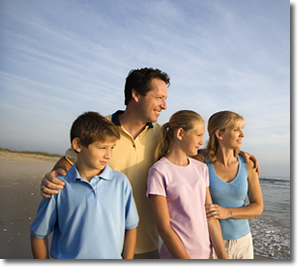 A Premarital/Prenuptial Agreement (referred to as "prenup" for short) is a written contract between two people drawn up before marriage. It generally details any and all property either party owns (along with any debts) and what each person's property rights will be after marriage and sometimes whether alimony will be paid if the couple should divorce. Also, a prenuptial agreement may state what is to be done about property distribution should one of them die.

The Uniform Premarital Agreement Act provides for division of property due to separation, divorce and death, alimony, wills, ownership of property as well as management and control, and life insurance benefits.

A divorce is the termination of a marriage by legal action, requiring a petition for dissolution of marriage by one party. No-fault divorce is now the rule in which incompatibility is sufficient to grant a divorce. The major issues in divorces are division of property, child custody and support, alimony (spousal support), child visitation and attorney's fees. Only state courts have jurisdiction over divorces so the petitioner can only file in the state in which he/she has been a resident for a period of time. In Iowa, the minimum time period from original filing for divorce and final judgment (or decree) takes three months to allow for a chance to reconcile.

A divorce gives both parties the legal right to marry another. A divorce also legally divides the couple's assets and debts as well as determines the care and custody of their children.

The most relevant issues to be decided during divorce proceedings are alimony or spousal support, division of marital assets, and, if children are involved, child custody, visitation and child support.

The grounds for divorce in Iowa are that there has been a breakdown of the marriage relationship to the extent that the legitimate objects of matrimony have been destroyed and there remains no reasonable likelihood that the marriage can be preserved. This is typically referred to as no-fault divorce.

Fraud is the most common ground for annulment. The misrepresentation, whether by lies or concealment of the truth, must encompass something directly pertinent to the marriage, such as religion, children or sex, which society considers the foundation of a relationship.

Physical or emotional conditions may also be elements for an annulment, especially if they interfere with sexual relations or procreation.

If you would like to schedule a initial consultation contact an Iowa divorce and child custody attorney, representing clients in Johnston, Iowa at Howes & Anderson P.C. Give us a call at (515) 225-9000 or complete our inquiry form.